Meet one the photographers behind many images featured on The Clymb. Professional outdoor photographer, Stephen Matera, shares insights and details into the exciting life as an outdoor, sport, lifestyle, and landscape photographer.

How long have you been a photographer?

I have been shooting for 17 years of which the last 10 years have been full-time. Wow, time goes fast!

What would you say is your career highlight(s) or significant achievements?
A photo career is a progression. I’ve had many milestones and achievements over the years that I’m proud of. Backpacker Magazine has used my images on the cover twice in the past couple of years. Another highlight was traveling to Iceland for a shoot for Kelty. What an amazing place!
I have two kids and will sometimes use them when shooting for clients. I always love to see them in print. A couple of years ago I was in a gear shop in Whistler with my family and found a Kelty backpack with a hangtag with my son’s photo on it from a shoot a couple of years earlier. That was a nice surprise!

Can you explain how your images are featured on theclymb.com?
I shoot for many companies that make outdoor gear (Jansport, Sierra Designs, Mountainsmith, Cascade Designs). These are the kinds of companies that theclymb.com features. When I shoot for those companies, they will often license the right to distribute those images to retailers such as theclymb.com for a period of time, usually a year or two. So my clients will work with theclymb.com to deliver images that show their gear in use, and often those are my images.

What are some of your most memorable shooting experiences?
Memorable can be good or bad, right? Well, I’m actually pretty gentle with my gear. It’s expensive stuff and I depend on it to work when I need it to. I’ve been on two separate shoots when I took my pack off on a steep slope and it ended up rolling a couple of hundred feet down the mountain. Amazingly nothing was damaged either time. Another time I was floating the Skagit River in Washington State in January, taking photos of the bald eagles. Our boat flipped a hundred feet before the pullout and I toasted a lens and camera body. FYI, I wouldn’t recommend doing that. The river is very cold in January!

How about memorable scenery?
Another great shooting experience were the aerial photos I took of the Southern Alps in New Zealand. They are some of the most spectacular mountains in the world and I was lucky enough to have perfect conditions to shoot.

Capturing great images requires skill and heading to the unknown. Have you ever been in  a “dangerous” situation?
I’m really not the kind who seeks out dangerous situations. But occasionally I do find myself in them. The unplanned dunk in the Skagit River mentioned above was actually pretty dangerous but luckily ended up just being a cold swim in January.  I spend a significant amount of time on steep slopes in the backcountry in wintertime. Luckily, the Cascades are a maritime snowpack and snow tends to stick to slopes where it won’t stick in other mountain ranges. However, there’s still been a few times where I’ve been knocked over or swept downhill in small slides while shooting. Unfortunately, it seems some of the best photographic angles tend to be from the most exposed spots. I try to be very careful in the backcountry and weigh the risks of a photo versus the benefits. I usually err on the side of caution and tell the athletes I’m working with not to risk it just for a photo. There will always be more photo ops. 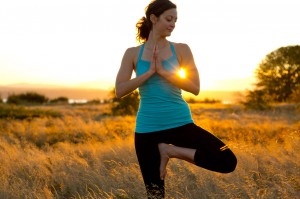