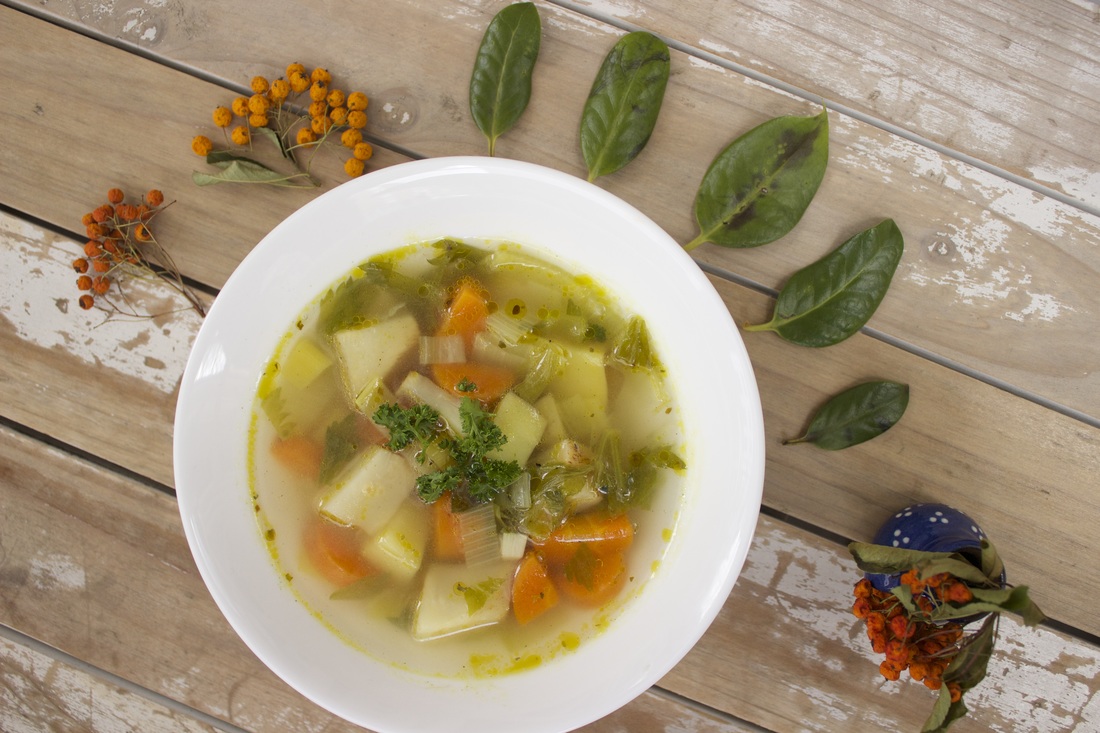 One my favorite soups in Germany is the Gemüsesuppe. Die suppe ist enfach und lecker. Or in English, the soup is simple/easy and delicious. Using the term “Alles klar” probably drives German bonkers, but its my own funny way of describing the soup. This is a “clear” soup broth. “Alles klar” is a term used to say, “Yes, all is clear/understandable. Or, I got it. Everything is clear/understood.”

While making this soup, I kept saying the “alles klar” broth because my Deutsch vocabulary is so bad I didn’t know how else to describe it. Alas, the clear vegetable soup broth!

Every German makes this recipe different, but I wanted to discover my own palate and trial with a basic vegetable soup. In Germany, they sell Gemüsesuppe bundles that include carrot, parsley, leeks and celeriac, which is the bulb of the celery. In the states, celeriac is not sold, but we use turnips instead, which is another root vegetable that provides a wonderful flavor for veg-based soups.

​Buying a vegetable bundle usually costs less than or around 2 Euros. I added some additional veggies and spices, which made an entire pot of soup for about 3.50 euro. If you are in Germany, I used the Altnatura bouillon cube, which in the states in similar to “Rapunzels” brand (aim for a lower sodium one if possible.) I didn’t use the entire bundle as the leek was so large it would’ve overpowered the soup. But, leeks believe it or not are great in Italian pasta dishes.

Although everyone makes their soup different, here is my version of German Gemüsesuppe. 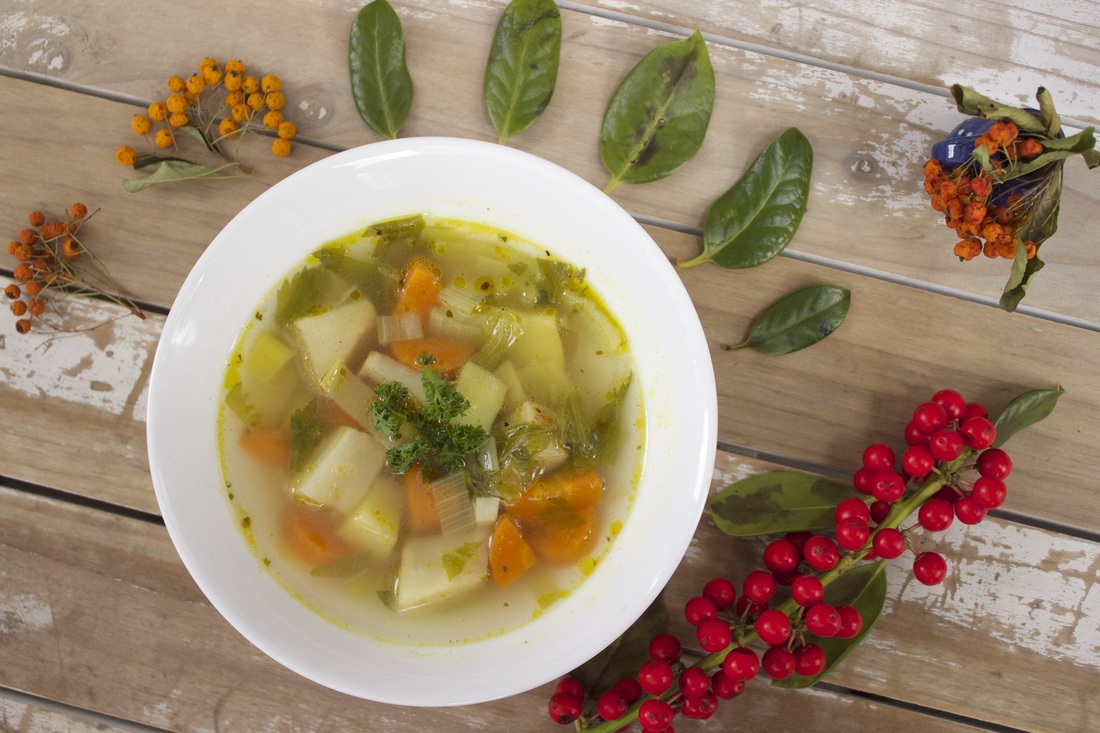 Directions:
Chop the vegetables. Cook the garlic and shallot in the olive for one minute. Add the celery and carrot and cook for two more minutes. Add the remaining vegetables and cook for two to three minutes. If the mixture gets dry, add a bit of the one liter of water. Next, add the water and spices (add only 1 tbsp of the parsley). Simmer until the vegetables and potatoes are edible. Remove from heat when done and garnish bowls or the soup pot with parsley.

Want more recipes brought to your inbox monthly? Sign up on our monthly newsletter and to connect via Facebook! 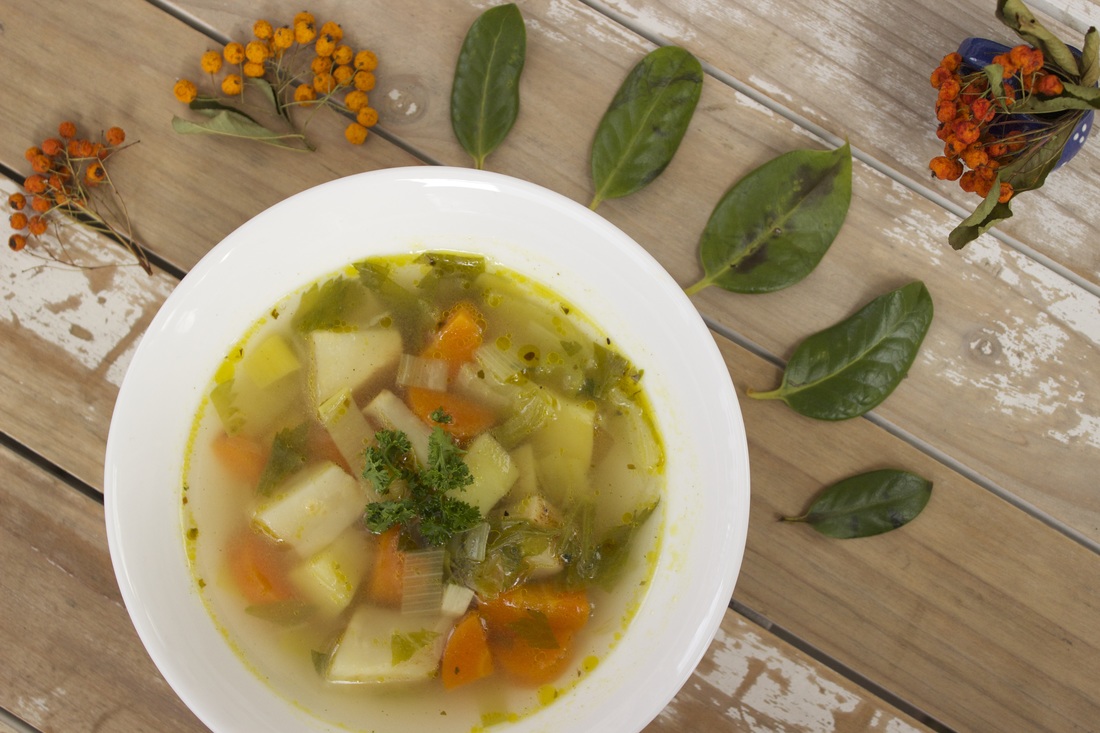