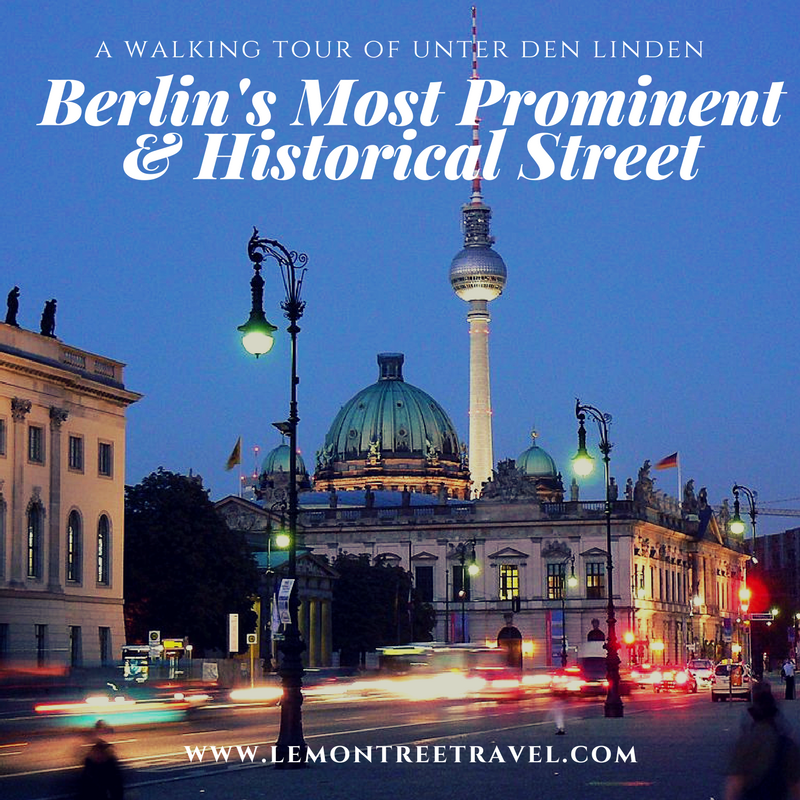 Berlin, the quirky and eccentric city that is, is known for it’s “poor but sexy” vibe. It is one of Germany’s most popular tourist cities, but ironically Berlin doesn’t fit the vibe for traditional Germany.

The Lemon Tree loves all things citrus. If your German is rusty, you may not realize that “Unter den Linden” translates to “underneath the lime trees.” Although limes do not exist, one can feel the  deep roots of this city’s remarkable history.

Today, Unter den Linden is Berlin’s most prominent and historic boulevard. The initial use was for a bridle path in 1573 and onwards that led from the city palace to Lietzow. In 1701, new architecture emerged alongside the street. And as fate had it during WW2, Unter den Linden was left in complete ruins.

Let’s take a walk together and discover the best sites, landmarks and statues along Unter den Linden.