9 Things You Must Know Before Moving to Germany: Part 2

In Part One, I revealed my hectic move abroad. Changing comfort, and time, zones require countless deep breaths to overcome the many challenges. If you (or a friend) move to Germany, you must know these “rules.”

Learn the Language – Before you move to Germany, learn the basic sayings. Those who learn the absolute basics are five steps ahead of jumping into a country with only knowing “nein.”

German is an intense and complex language. Expect three to four years or pursuit to become fluent. Anyone who says, “one year and you’re fluent,” is either over-exaggerating or is highly gifted with languages. Also, German is not directly translated into the English sentence structure. For example, when two or more verbs are present in a sentence, the verb is plugged in at the end of the sentence. However, the verb must always take the second position in a sentence. Do you see the complexity already? Unfortunately, Google translator is not perfect, but is beneficial when in a bind. Bing offers fantastic apps where it will translate what the phone’s camera is reading.

The German language is taught on a letter scale – A through C. If you are a beginner, you will sign up for A1.1. Once you complete that course, you graduate to A1.2, and then onto A2.1 and so forth. Many American library systems offer free language systems.

Teach yourself the basics such as: numbers, who, what, when, where, why, I live in, I come from, I speak, do you have…. Etc. 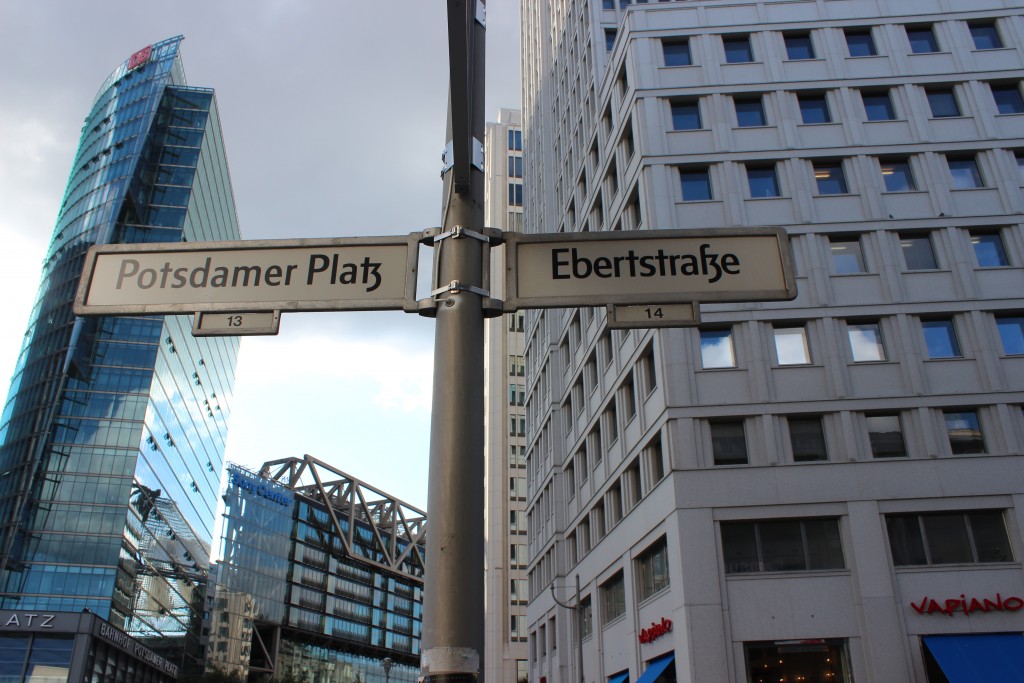 When people give you directions (and on street signs) they’ll most likely abbreviate strasse to show “str.” Words from the wise, Iphone maps do not always pick up abbreviated street names or the “ss.” It requires the ß. Also, “platz” means “space” so street signs do not always represent a street name, but rather the square or public space.

Paperwork: Follow the Directions – Germans are meticulous creatures who live inside a box of guidelines and rules. Paperwork processes to obtain visas and residency cards is a grueling process. Most visa and city paperwork require block print and blue ink. If the paperwork requires “blue ink,” USE blue ink! There are no exceptions and “breaking the law” with a German. There are very few exceptions (like a needle in a haystack chance) that someone will let something slide.

In America, we often skip the fine print. Do not ignore details in Germany. If something says, “must be completed in 10 days,” get on the ball and follow the fine print. And always be prepared for your meetings.

Be Prepared – As one could imagine, Germans are punctual beings and do not understand the word, “late.” For any meeting (visa appointment, work, networking) always be prepared! Government offices will not process paperwork if you are missing one item. Read (and ask) what ID’s, licenses, letters etc. you need.

This is especially important for those who are married. You will need original copies of birth certificates, marriage licenses, exact monetary fees and passports in order for paperwork to process.

Apartment Living – In Germany (and Europe), you have two rental options: furnished and unfurnished. An important note is that unfurnished is a barebones apartment with walls, toilet, bathroom sink and shower.

Germans rent, and some rent for decades, thanks to rent control. Therefore, if you choose unfurnished expect to purchase a kitchen counter, refrigerator, stove/oven, washer and dryer and kitchen sink. Some landlords may provide the above, but do not expect it.

Also, depending on the city, the rental market is competitive. It is common in Germany to hire a rental agent to research and show apartments. This could be anywhere from a $1,000-2,000 Euro investment. There are loopholes around this with doing your own research, but be prepared for this expense if you have difficulty finding your own place.

Lifestyle Costs – Before I moved abroad, I calculated about 500 to 600 Euros for food, cell phone, Internet and transportation costs. I found that where I live I do not need public transit because walking and biking gets me from point A to B easily.

Also, food and “drug mart,” items are less expensive than the states. There are some items that are more expensive; however, basics such as toothpaste, toilet paper and garbage bags (30 bags for 0.65 cents) are VERY cheap in Germany.

Germany, like America, sells expensive luxuries and budget-friendly goods. For the most part, quality clothes and shoes are expensive. Look out for the massive shopping sales after Christmas and near the end of January and early February.

Deutsch Bahn Travel – The first time I traveled on a DB train, I became utterly confused. My ticket said “Hannover to Berlin” but the sign said “Dresden.” And my ticket said train “477” Hannover but “583” Berlin. I stood at the gate while a train zipped through 3 minutes before my departure, which was also on its way to Berlin.  I wanted to cry not understanding the lack of German clarity.

This is the 411 on train travel. The train signs will display the train’s end destination. ALWAYS follow the train’s number. The train will NEVER depart earlier. If you hop on the wrong the train, the DB staff will most likely charge you another ticket fare (remember no exceptions).

Also, your DB ticket requires identification. I use my credit card or my Deutsch Bahn 25 card. The first time I traveled, I selected passport, not knowing it meant “German passport.” The DB lady scolded me in German for my wrong ID and lack of German language skills. (I’m sure she’s a sweetheart outside of work. She’s just following the rules.) My “whatever” American attitude rebelled embracing exceptions.

However, another trip from Germany to Prague we did not have the right credit card to “prove” our identity. This caused a hissy fit with the Czech train staff, demanding we pay another 120 Euro. Luckily, the situation turned out ok and had to re-explain our situation once we got on the transfer train in Germany. That was the onetime I have seen and experienced an exception in Germany.

Old Fashioned Lifestyles – One of Europe’s most attractive features are the way Europeans live life. Walking, biking and public transit are the main modes of transportation. However, before moving to Germany, I had this impression that Europeans are progressive, forward thinking individuals with the chicest clothes and up-to-date technology. This notion exists, but not all Germans are running around town with BOSE headphones and IPhones. I’ve seen more of that in America than Germany.

The majority of Germans live a standard life and make around (or less than) 2,000 Euro. Economics may play a factor, but I’ve seen more flip phones, blackberries and Samsonite suitcases in the last five months than I’ve seen in the last 10 years of my life in America. It’s ironic that walking and biking to work in America is now the “hip” thing to do. I find it funny since Europeans have been doing this since the break of dawn.

Life maybe “Inconvenient” – As mentioned above, life tasks take time. I swim in a pool where I walk 0.8 miles (about 17-20 minutes) each way to get there. Things take time and more time is spent doing tasks compared to the time spent in America.

Even if you buy a car, expect the inconvenient life. Street parking and parking garages are most common in Germany. Unless it’s a company like IKEA, you will not find grandiose parking lots located inches away from the door. My advice is to buy a good pair of boots and walking shoes. You’ll be trekking miles in no time.

No One Stop Shops – Not only do tasks take more time, but also there are no “one stop shops” like a Fred Meyers. Most stores are smaller in size and independently owned. (However, corporate European chains are pouncing in every major EU city). In Germany (and most of Europe), grocery stores sell food, apotheke’s sell “drugs,” and electronic shops sell electronics.

However, I have found what the grocery stores offer dictates the meal for the week. For example, fresh Grünkohl (kale) is found during winter months. Therefore, it’s not available year round, which drastically differs from the states where everything is available all day, everyday.

I sometimes have to shop at three to six grocery stores to get everything I need. Various stores excel in certain items and competitive prices. One day, I walked 90-minutes to 6 different stores in Hannover searching for Israeli couscous. All the stores had cous cous, but not the pearled kind. Hence, I had to alter my recipe idea.

Inconvenient? Yes, but it’s what makes Europe, and Germany, attractive and a desirable place to live.