11 German Qualities that I Admire

Every culture has stereotypes. Germans are known as the world’s most efficient and forward thinking creatures. And to that notion, I agree. At first, I found it difficult to tap into the German culture. I could not “put my finger” on my perception of a typical German besides being too honest, stubborn and rude. Germany seemed like a country of Virgos who over-analyze every thought, over-perfect every idea and maintain order.

A popular Wayne Dyer quote states, “If you change the way you look at things, the things you look at change.” I decided to stop focusing on the negative, but rather the positive German qualities. My viewpoints transformed and now I see Germans as sophisticated, hard-working and good-hearted individuals. Finally, adjusted to the culture, I admire many German characteristics, which are below. 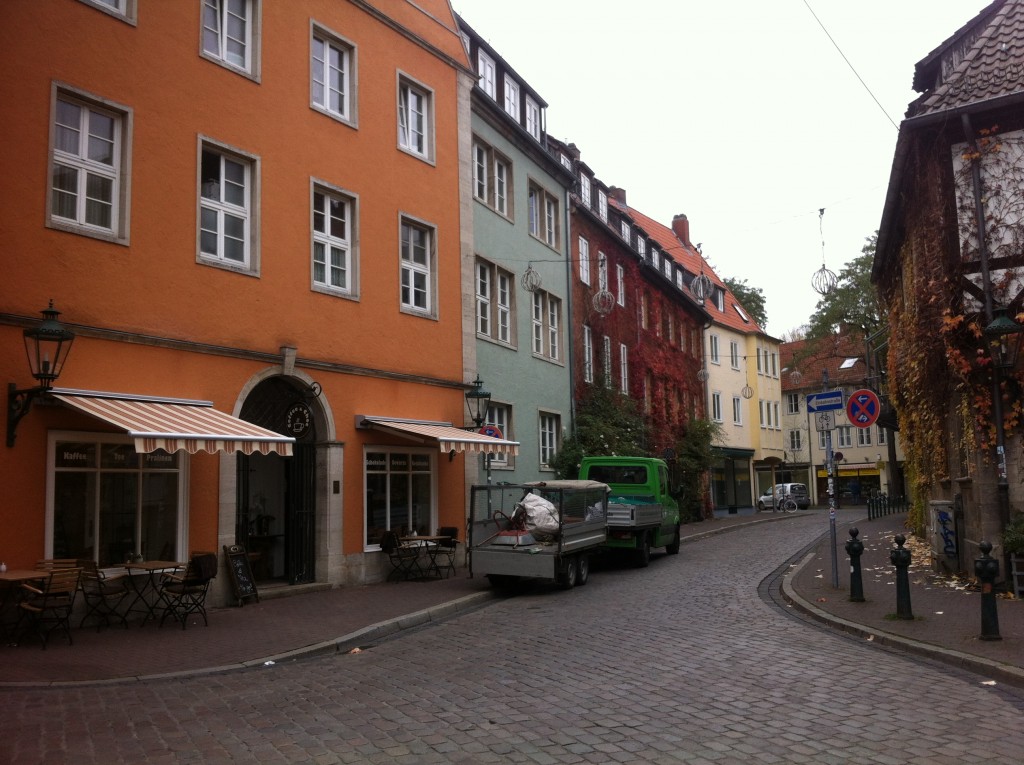 Germans are Honest: Honesty is misinterpreted as impolite and rude behavior. From my observations, Germans don’t “have room” for nonsense and “beating around the bush.” This characteristic I admire especially from coming from the “passive-aggressive” Pacific Northwest. Honesty gets straight to the point without white lies or “fluff.” Several years back in Seattle, my “dream” gym offered me a job. The hiring manager said to touch base in two weeks about the start date. I called, emailed, called again and emailed and never heard back. It devastated me. I started over-analyzing every conversation. It made me think I was not good enough for the company and took me a couple months to recalibrate my mind. (Weird too cause the hiring manager lived in Berlin for several years).

Why do I admire honesty? In all honesty, not being honest produces more psychological mind games. Honesty does not play games. And to that, I thank every German.

Germans are FUN: Germans know how to enjoy life. Do you want to try a new restaurant? Want to grab a beer after work? Do you want to party until 5am? Call a German. Whether the German is into yoga, books, beer or nightclubs, you can count on a German for any social occasion. They accept social offers and are always up for having a beer, even during the workweek.

Also, I’ve noticed Germans enjoy dancing. At the GBH Christmas Party, employees of all ages danced on the stage while the DJ played the newest tunes. At a recent art event, Germans flocked to the dance floor. Young, old, disabled and crutches were a part of the mix.

Germans Put Themselves Out There: To go along with the above notion, I appreciate German’s social abilities. Their open minds allow them to try something new. I know several Germans who have put themselves out of their comfort zone to try a new hobby such as salsa dancing or learning English. Even in land-locked Hannover, avid scuba divers have created a scuba club and meet on occasion to dive in the local pool.

Germans Have Open Minds: Germans have scientific and calculating minds that think differently. Their open minds are noticeable with holistic health treatments. I have noticed Germans are open to eastern philosophies and alternative medical treatments.

Thai massage, Chinese cupping, acupuncture, meditation and yoga are popular in German cities. I have found many Germans connect with the relaxation and spiritual aspect of yoga and meditation.

My father, a traditional “health nut,” told me several years back, “If I ever get cancer, I’m going to Germany.” Germany has several holistic cancer treatment centers. Many centers are campuses or “wellness hospitals.” These destinations treat a person’s psychological wellbeing and offers organic (or vegetarian) meals, meditation classes, massage therapy and manicured outdoor gardens. The theory behind this concept is the belief that intensive chemotherapy weakens the immune system and prevents healing. Various German doctors claim cancer is a disease of the person and not defective cells or malignant growth. I value that alternative style of thinking. Several known clinics include: Hufeland Klinik, Biomed Klinik, Fachklinik and Klinik Marinus am Stein.

Germans are Creative and Functional: Unfortunately, I have not figured out if Germans are functionally creative? OR creatively functional? I don’t know the answer, but I do know function and creativity are part of a German’s DNA. Many scientific, German minds are creative in alternative ways. Germans are known for their functional creations such as designing engines and cars. Whatever Germans create are high quality products.

But, yet their quirky creativity is noticeable from eclectic hotels to street art. Unusual hotels such as Propeller Island in Berlin treats guests to mirror, cage or casket beds. Another quirky quality is the location of certain places. The rare street address marker of, “look for the large metal dinosaur” to note the entrance of a bar is not uncommon. It’s sort of like yin and yang. The two energies balance one another.

Germans Love Nature: Germans love being outdoors. Even in the peak of winter, Germans walk outside or commute with their bikes around town. When the slightest bit of sun peaks outside, Germans hit the footpaths and street side cafes.

Many Germans who have visited the Pacific Northwest and British Columbia claim its their favorite place in the US and Canada. Why? It’s because these areas are rich in nature. But who wouldn’t love that area? It’s why Seattle is my US home!

Recently, I met a German friend for lunch and dessert came with the meal. Dessert was a plain yogurt with mango fruit on top. Simple and delicious. At a restaurant, you can sit for hours without being forced to pay and leave. Something as simple as a long meal is a pleasurable experience. I admire this lifestyle.

Germans Love Eis und Kuchen: Eis is ice cream and kuchen is cake. However, their cakes are simple and are not loaded with sugar. Sweets are a part of German life. I admire this for several reasons. First, you can enjoy a dessert without spiking blood sugar. Second, you are not tormented about calories, diabetes and the need to do 100 squats to burn off “ein mal” of apple streusel.

Everyday, I walk past an Italian Eis Café in Old Town that serves XXXL sundaes for 9 Euro. Couples split the dessert in a calming atmosphere while laughing, smiling and enjoying life. They seem happy and the experience is positive. Mindset while eating affects the physiology. In my perception, Germans eat ice cream the “right” way.

Germans are Efficient: Must I explain more? The stereotype is true and I love it.

Germans Follow the Rules: Germans follow the rules and that is why life is efficient and functions. It would be nice if Germans bent rules every now and then (especially on refunds). But, Germans are being German and doing their job. And I respect that quality.

Germans are Trustworthy: I wrote about this before, but I admire this characteristic. If a German says they’ll do something, he or she will do it. If you pay them for a job expect them to get the job done. Also, I trust Germans to improve the world with their dedicated minds and generous hearts. Many Germans are well traveled and have a global perspective and understanding on how the world lives.  I trust their ideas, products and hard work.