Home How to Sleep Peacefully in a Hostel

How to Sleep Peacefully in a Hostel

How to Sleep Peacefully in a Hostel 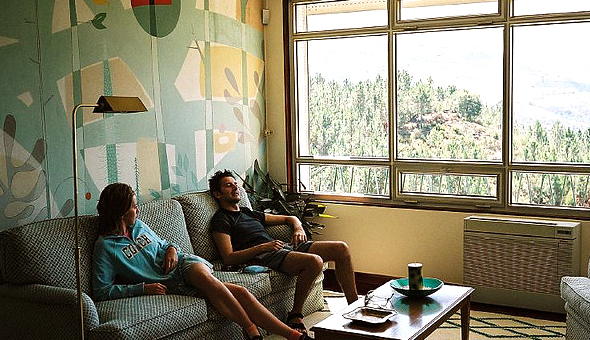 Bunking in hostels presents unforgettable experiences and sometimes sleepless nights. For those on a budget, sleeping in a hostel maybe the only head-to-pillow solution, especially when visiting expensive cities. The great news is that with a sleeping game-plan, it’s possible to catch some peaceful Zzz’s. Follow these tips to ensure a restful night in the sometimes-restless hostel.

Research the Hostel
Not all hostels are loud and rowdy, just like not all hostels are like a silent meditation retreat. However, do research to know which hostels are more laidback. Usually, hostels are centrally located downtown, or have a bar or nightclub attached— so you can expect some late-night noise. Smaller hostels or the more artsy hostels are generally low-key.

Book a Private Room
Most hostels have private rooms, ideal if you don’t want to share your sleeping space with half a dozen strangers. With everyone being on the same schedule, this benefits sleep-wake cycles. Although private rooms may not escape the noise in the hall, they definitely offer less distractions and late night giggling.

Plug Your Ears
Earplugs have well been known to be a part of the hostel experience. In fact, some hostels give a pair of earplugs as an amenity. However, thanks to iPods and phones, plug those hearing holes with ear buds and sleep with sounds of your choice.

Sleep With the Ladies
Females desiring a more quiet room can dorm in the “women only” rooms. Typically, females are less rowdy and not as likely to bring a pick up mate back to their room, unlike their male counterparts. The benefit is that the rooms are quiet and smell nicer too.

Turn Off the Lights
If your roommates are out and about for the night, turn off the lights to notify bunkmates that you’re sleeping. Most people, out of respect, try to move around more quietly, even in an alcohol-induced state—at least that’s the hope.

Relax Thy Body
For those who experience sleeping issues away from home, try relaxing herbs such as ashwagandha, valerian root, kava kava, or chamomile tea. Sleeping pills are not recommended as they become addicting; however, if the room is noisy, these herbs promote deeper sleep and relaxation. These herbs are available in tea, pill, and powder form.