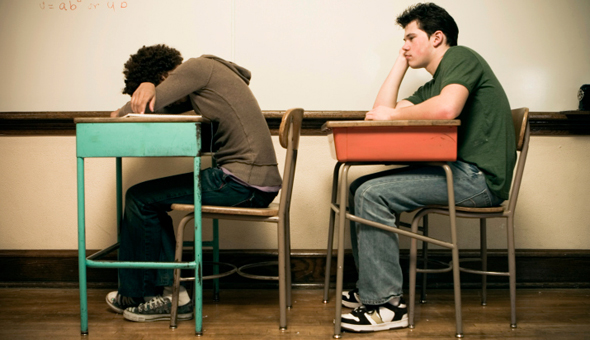 Teenage years are exciting, confusing, yet baffling at the same time. This is also the time where parents begin to worry about their youngster growing up and doing “adult things.” It is important to educate teens on the importance of sleep, as with a lack of it, school, social, and personal lives may be hindered. Get savvy with the information below on how sleep deprivation affects teens.

The Stats
Every expert differs in his or her opinion, but on average teens need between 9 and 10 hours of sleep. The National Sleep Foundation estimates about 15% of teens sleep between the nine and 10 hour marker and nearly 25% of teens sleep less than seven hours.

Weight Problems
Not only is the nutrition poor with teens, but a lack of sleep contributes to overweight and obesity issues. Lack of sleep leads to increase in hunger and craving for junk food because of the hormonal shift. In addition, with a lack of proper protein and sleep (protein and muscle synthesis occur at rest) the body cannot properly repair muscle tissue, which is vital for a slender figure.

Negative Moods
Lack of sleep decreases proper brain function, which contributes to mood shifts such as sadness and depression. This along with bullying affects millions of teens where holistic remedies help switch mindsets is to sleep more.

Academic Performance
Researchers have continuously studied the correlation between sleep and school performance. And the consensus is; those who chronically sleep less, put less effort into school work and grades.

Poor Concentration
As our daily lives become more inundated with bright screens and technology, switching between text conversations, and many other distractions, humans are having a harder time concentrating. This greatly affects teens that are still developing their brain and body. Combined with a nutrient-less diet and stress, teens are more prone to developing attention deficit disorders such as ADHD.

Daytime Sleepiness
Teens who lack sleep at night tend to make up for it during the daytime hours. Microsleep episodes or falling asleep in class is likely, making the student fall behind in school or develop improper sleeping habits. Even if they claim to get away with faking staying awake, it’s still not as effective as the real deal at night.

Traffic Accidents
Texting and driving is scary enough, then add in the 80,000 Americans that fall asleep at the wheel everyday. Unsurprisingly, supposedly 50% of those people who sleep while driving are teenagers. With their potentially hectic schedules, exhausted teens may find driving soothing and nod off at the wheel.

Hypertension
Like any individual who lacks sleep, blood pressure increases and the body works harder to sustain homeostasis. Dr. Susan Redline notes from a study completed August 19, 2008 that teens who do not sleep well have a greater risk of hypertension. Longterm, this leads to heart disease—in a research study, one in every seven teens had high blood pressure or prehypertension.